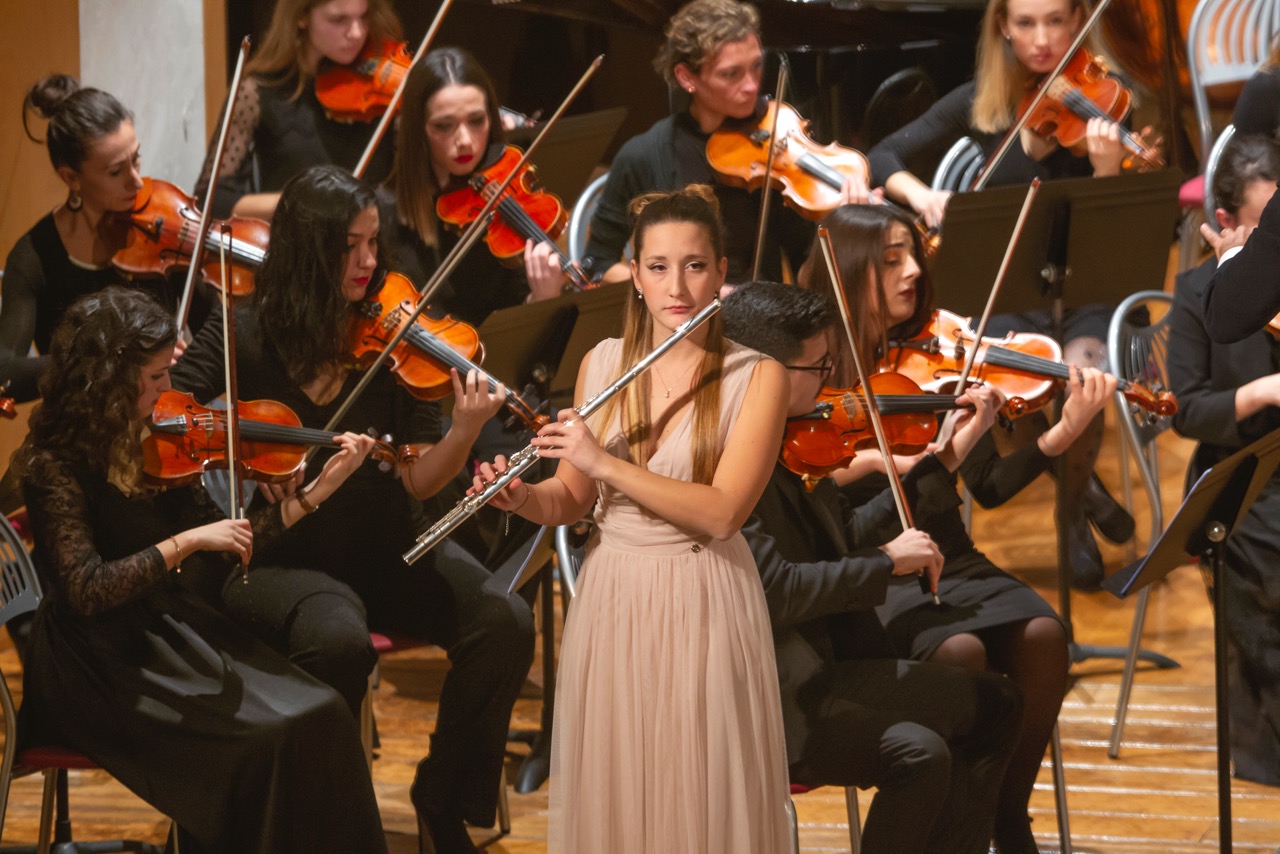 In 2016 she played in the marching band of “La Bohéme” in the production of Teatro del Giglio of Lucca. In 2017 she has been chosen to represent Tuscany for the national competition held by the Soroptimist Club. She played in the festival “Flautisti in festa” at the Auditorium Ente Cassa di Risparmio di Firenze. She gave many recitals in the Auditorium of the Istituto Boccherini playing Bach, Bartók, Prokofiev, Telemann, Schubert and Franck.

She’s also interested in contemporary music, collaborating with associations as “Cluster, associazione di compositori”, performing many world premieres. She regularly plays in the orchestra of ISSM Boccherini.
In 2017 she won the second prize in the “Premio Crescendo” competition of Firenze (94/100).
Also, she got the highest grade (9/10) at the audition for entering the ONCI (National Orchestra of Conservatoires), with which she performed in famous theaters and festivals as Ravello Festival, Teatro Petruzzelli of Bari…

She started also to teach in many schools around Lucca. In 2017-18 she got the 24 crediti to access the national competition to be able to teach in public school.