Stefano Teani (Lucca, 1994) has made the synthesis between technique and expression his distinctive feature. 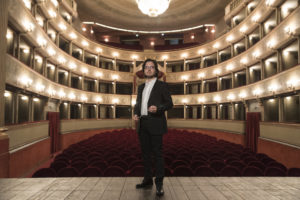 Starting from 2009 he has had foreign experiences, partecipating twice (2009, 2010) at the masterclasses hosted by the North London Piano School in London, under the guide of relevant teachers, obtaining, in 2010, the public performance in the Duke’s Hall of the Royal Academy of Music. In 2013 he has got the scholarship from the ISSM L. Boccherini that has led him at the Mozarteum of Salzburg, under the guide of the Master Aquiles Delle Vigne, performing in the University and in the Wiener Saal. He has also followed masters of international fame as Konstantin Bogino, Svetlana Bogino, Vladimir Ogarkov, Sonia Pahor, Vincenzo Balzani, Pietro De Maria and Oleg Marshev.

He begins also to work as a repetiteur in the production of Così fan tutte, conducted by Janos Acs. Later on his repertoire has grown quickly with many opera productions, giving him the chance to work with conductors as Matteo Beltrami, P. Carignani, F. Haider and directors as Claudia Blersch, Renato Bonajuto and Riccardo Canessa. In 2015 he obtained the eligibility in the international selecton for repetiteurs of the Academy of Maggio Musicale Fiorentino. Furthermore, he starts his training under the guide of Gustav Kuhn. In summer 2016 he has been chosen by Riccardo Muti to attend his academy as a repetiteur. 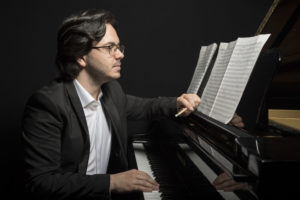 In Composition he attended the masterclasses of Girolamo Deraco, Antonio Agostini, Alberto E. Colla, Tristan Murail, Azio Corghi and Mauro Bonifacio. From 2015 is music has been regularly performed in Festivals such as Tiroler Festspiele Erl, Cluster Music Festival, Festival Sanctæ Juliæ, with new commissions of original scores, also in film music. In 2018 he was nominated composer in residence at the Montegral Academy by Gustav Kuhn. One year later the opera Maximilian, that he wrote together with Beomseok Yi, was premiered at the Tiroler Festspiele Erl, in Austria.