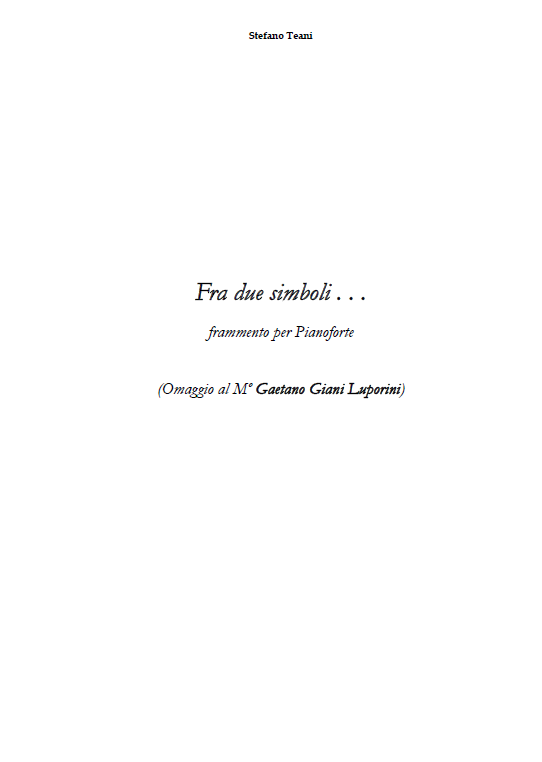 This fragment was composed to be part of a collection of pieces to celebrate the eightieth birthday of Maestro Gaetano Giani Luporini.
Its making up material has therefore been drawn from his own “Fogli d’album” [Album pages], in particular from the piece called “Fra due fiori…(simbolo)” [Between two flowers…(symbol)].
Using the mosaic technique by J. M. Hauer, I structured the enneacordo (also from Luporini) in a way that, like a prism, it rotates, composes and decomposes within the nine central bars, while the initial five and the final four act as start­up and shutdown.
Moreover, both the initial and the final bars represent an almost literal quote of the Maestro’s piece.

The “two symbols” on which the whole piece is built, are the two “hidden cores” (to use a terminology from Skrjabin) do and fa#, that is the notes which make the central enneacordo symmetry partially concealed.